Posted by Mike Moore at 6:25 AM No comments:

Leadership Is An Act Of With Love We often mistake love for a feeling...It's not a feeling, it's an action. In fact, it's many actions and it's leadership at it's finest!

Before I get to the actions that make up love, let's define love...Love is patient and kind. It doesn't envy or boast, it's never proud. It doesn't dishonor others, it's not self-seeking or selfish, it's not easily angered and it keeps no record of wrongs. Love doesn't delight in evil or dishonest gain. Instead, it rejoices with the truth. It always protects, always trusts, always hopes, always perseveres...Love never fails.

Leaders need to love people...Yes, they have to care enough to want the best for those they lead.

It's even love that gives them the toughness and hard edge they need to challenge people to be their best, to set and raise standards of acceptable behavior. This is true in parenting, business, sports and religion...It's a leaders love that powers their belief and confidence in people. It's love that emboldens them to challenge people to learn, grow and improve. It's a leaders love that gives them the courage and strength to hold people accountable and it's love that helps them be open, honest and transparent.

It's a leaders love for people that causes those people to trust them and follow them in the first place. It's love that gives the vision a leader needs to know where they are going and how to help others get there with them.

When leaders fail it's because they didn't love people or lost their love of people. It's love that enables a leader to influence and inspire people to be more than they would be without them.

If you want to be a leader...Love more!

Posted by Mike Moore at 5:02 PM No comments:

What Leader Do To Lead 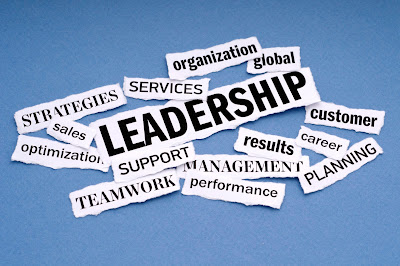 Be accountable...Take responsibility! Create and support an open, positive, risk taking environment. Have the courage to be open, honest and direct. Don't send messages, say what you mean and mean what you say. Focus on solutions, not fault finding or assigning blame. See unwanted results as an opportunity to coach and teach to improve individuals and the organization. Don't be defensive. You don't have to have all the answers...Just help people find them.

BE EXTRAORDINARY...REJECT MEDIOCRITY
Set and raise standards...Keep raising the bar. The lowest form of behavior you allow defines who you are as a leader. Blur the lines between job assignments...The mission is everyone's job. Don't allow average attitudes, thinking or behavior. Assign and monitor all work to teach and coach using specifics situations. Hold people accountable...Starting with yourself!

BE CARING...DO WHAT'S BEST FOR PEOPLE
Coach attitudes, teach skills and manage actions to help people learn, grow and improve...Don't overreact! Make people more important than results and manage people's attitudes before they become actions that produce poor results. Don't accept or allow average thinking or behavior...Reject mediocrity! Care enough about the person to challenge them to do what they don't want to do, that will help them grow, improve and become the best they can be. Be a servant, do what's best for people don't just try to please them.

BE AWARE...PAY ATTENTION
Make people more important than things, results or accomplishments. Make taking time for people a priority to validate and show your respect for them. Ask people's opinions...Pay attention and listen. Reward extra effort...Pay attention. Make people feel important...Pay attention and pay complements. Don't avoid conflict, it will serve you and the people you care about, but be kind, compassionate and respectful. Listen to people to validate them and their efforts, growth and accomplishments. Did I mention pay attention? Be mindful that people will treat each other and your customers the way you treat them.


BE A CHANGE AGENT
Be a change advocate...Lead the change. Encourage others to embrace change! Ask people how they and the organization can improve. Question everything...Never except or settle for the status quo. Make learning, growing and improving the primary goal. Hold people accountable to change so they'll learn, grow and improve...When they don't or won't, then, change your people.

Improving Your Focus For Peak Performance

Posted by Mike Moore at 3:17 PM No comments: 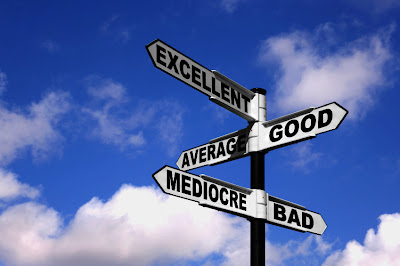 To Lead You Must Care 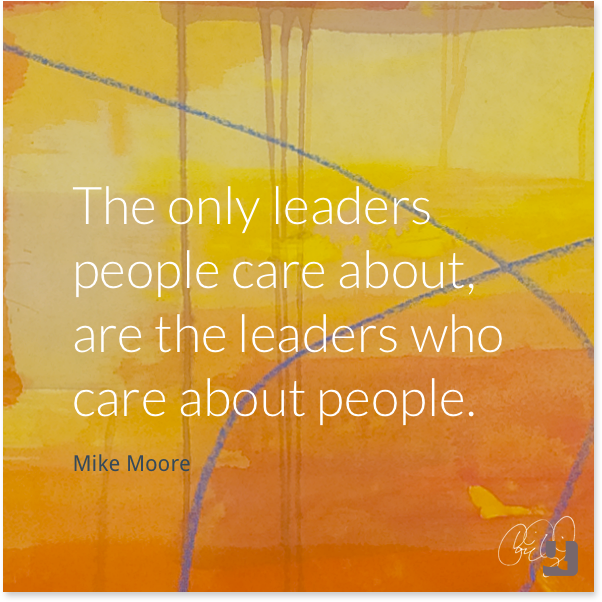 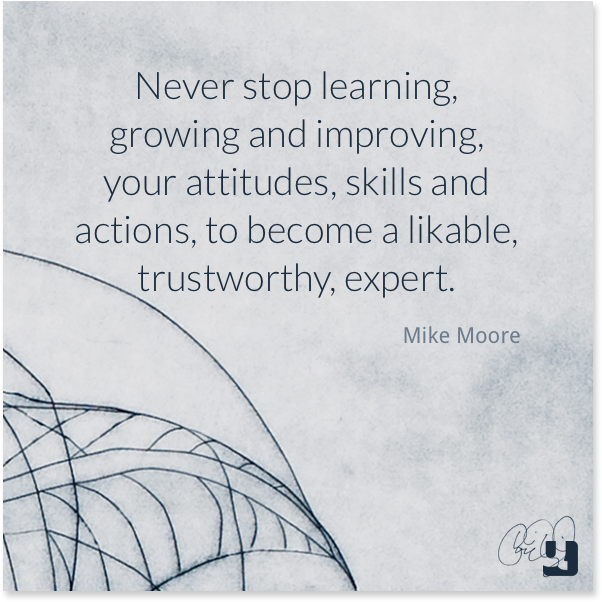 Posted by Mike Moore at 7:26 AM No comments: 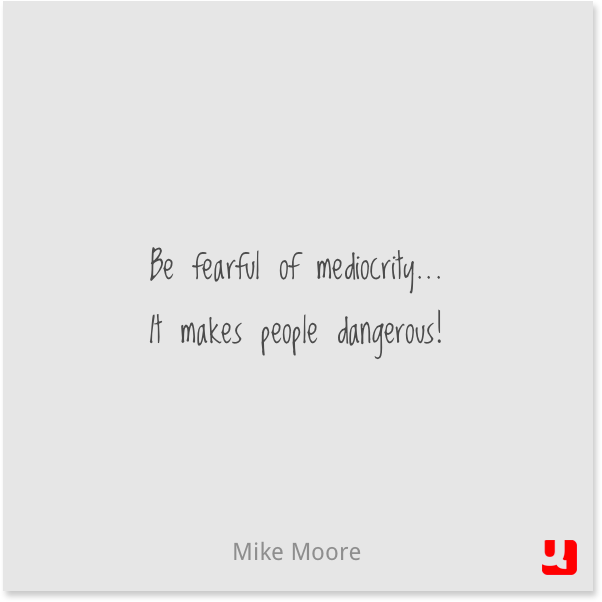 Posted by Mike Moore at 8:45 AM No comments:

5 Keys For Leaders Who Coach


Every leader needs to be aware of the traits and relationships that instill the attitudes, inspire the actions and increase the skills of the people they are responsible to lead. Below are five key traits of leaders that will unlock your people power and help you become a great 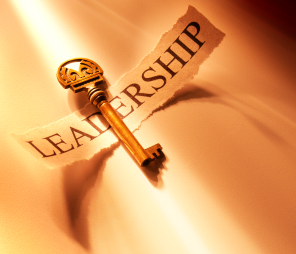 TRUST
It takes more than being honest to be trustworthy. Honest is a first step but being open and direct in your communication is also necessary. In addition, if you have to be asked more than once to get something done you aren’t trustworthy. If your people are going to trust you and therefore believe in you, they need to know they can depend on you.

CARE
To lead effectively you’ll have to choose to care enough about your people to coach their attitudes, before they become poor actions, which produce unacceptable results. Stop focusing on things and focus on people. You cannot lead things, only people, and if you want things to improve, people have to improve first.

VALIDATION
Make time for your people. The excuse, “I’m to busy”, isn’t good enough. Pay attention and listen to them to validate them. In addition, they usually know more about your business than you think they do and often more than you do.

CHANGE
Don’t just embrace change! Be the champion for change. This will keep people motivated, energized and renewed. Managing change keeps veteran employees from becoming complacent, helps people keep learning, growing and improving and ensures your business will remain relevant to your customers.

Be A Dream Come True Maker 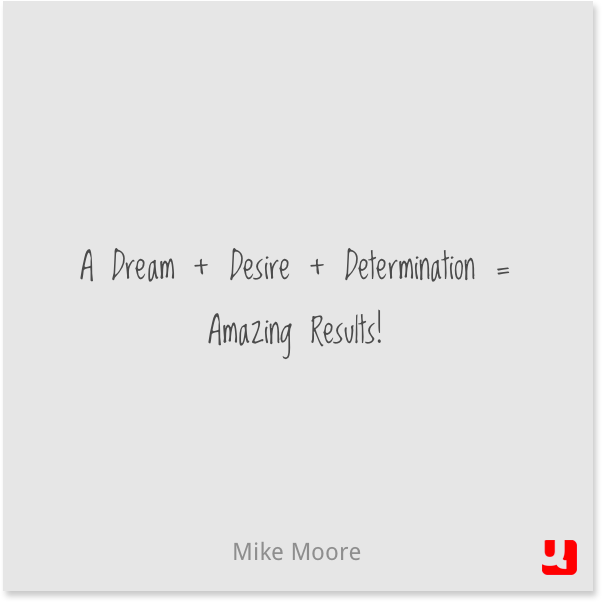 Don't let your dreams become a fantasy, turn them into your documentary!

Posted by Mike Moore at 8:28 AM No comments: 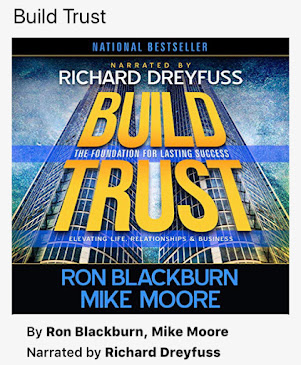 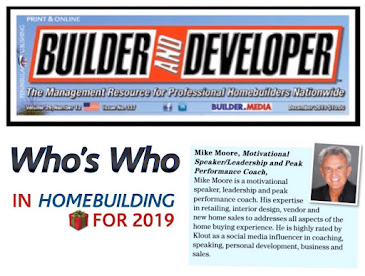 Honored to be recognized in Builder & Developers Who's Who in Homebuilding! 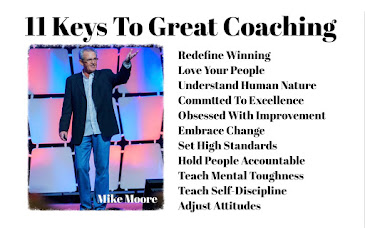 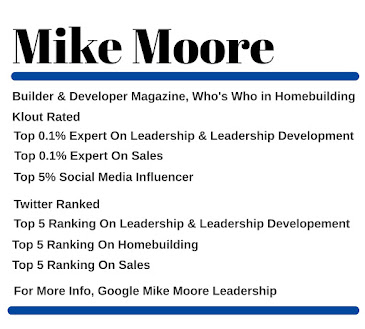 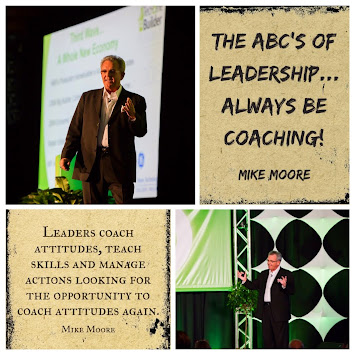 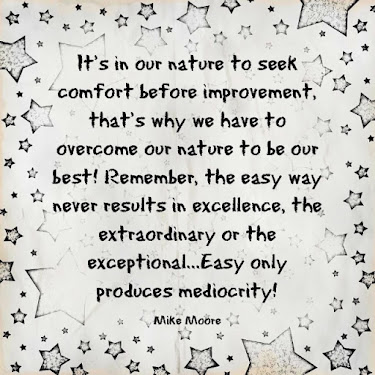